On some HP/Compaq notebook and tablet PCs where HP Credential Manager for ProtectTools is installed, invoking even the most simple WAM in Internet Explorer will cause IE to crash with the following screen: 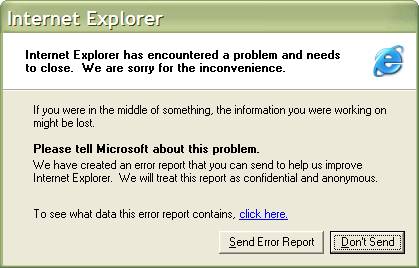 The error report indicates that the problem occurred in jscript.dll: 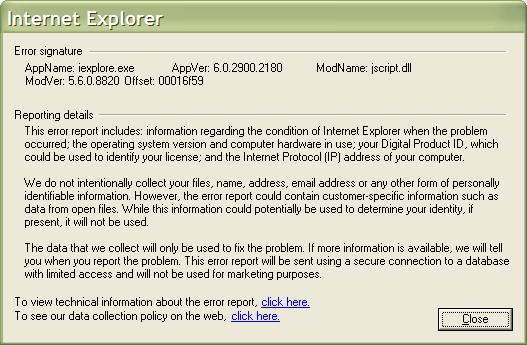 The WAM runs correctly in the Preview Window of the XSL Editor and (within functional limits) in other browsers such as Mozilla Firefox.

The cause of this issue has been traced down to an add-on to Internet Explorer which is installed by HP Credential Manager for ProtectTools. This add-on is known to conflict with certain Web pages. There are reports of similar problems with Web servers such as Microsoft Sharepoint Portal Server

Disabling the HP Credential Manager add-on in Internet Explorer resolves the issue. To do this you can use the following steps: