Update: This issue has been corrected in Mapforce version 2017, so this is a recommended upgrade for any IBM i customers affected by the following issue.

It seems that the behaviour of MapForce when establishing an ODBC connection has changed between MapForce 2016SP1 and 2016R2 (and 2016R2SP1), such that previously successful ODBC connections can no longer be established when existing maps are opened. Further, the failed connection attempt(s) result in user profiles becoming disabled on the database server - which can be a significant inconvenience for corporate customers.

An existing map, for example, LCD_ORDERSIN_02.mfd, can be successfully opened in MapForce Version 2016, service pack 1 (2016SP1) and you are prompted (as expected) for credentials to connect to the database server.

After completing the signon dialog, the map opens correctly:

After installing MapForce Version 2016, Release 2 (2016R2) or 2016R2SP1 and rebooting the PC, if you attempt to open LCD_ORDERSIN_02.mfd again, this time you will not be prompted as expected for credentials to connect to the database server, and the ODBC connection fails 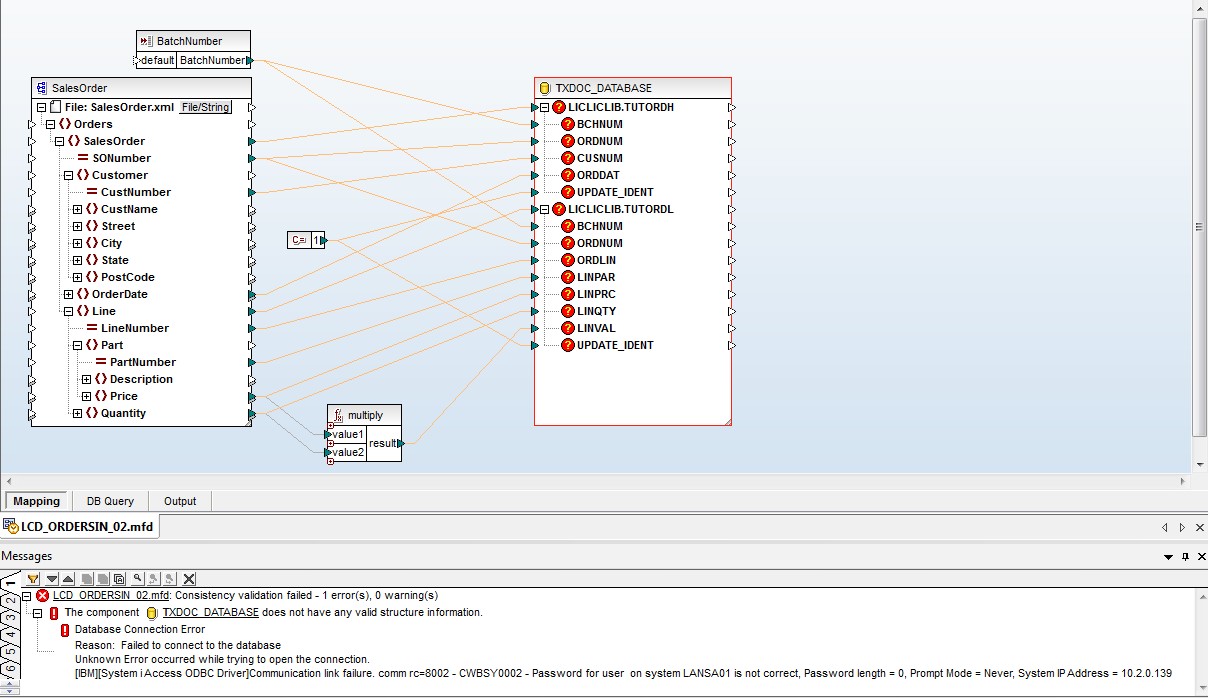 The text of the messages in the Messages pane:

In addition to the failure, the user profile will be disabled on the IBM i server. The IBM i server generally does this automatically after three failed connection attempts (this may be different depending on your companys failed login policy) so this indicates that MapForce (or the driver) has unsuccessfully attempted the connection at least three times.

This Mapforce change of behaviour has been reported to Altova. In the meantime, this issue can be avoided or worked around as follows: