There is an undocumented feature in the V11 IDE that allows you to view two or more sections of source code in one screen. This is useful when editing large components or functions, where it might be necessary to constantly refer to the definitions section of the source code. 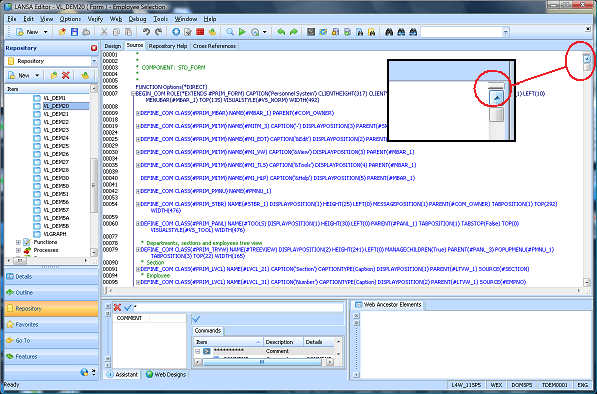 When the mouse cursor is placed over the splitscreen anchor (the small bar on top of the scrollbar) it will change into a resize cursor. At this point it is possible to click and drag to create a splitscreen: 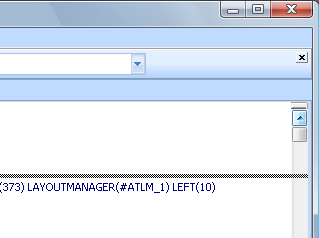 Once the mouse button is released, the code will be split at this level and it is possible to scroll each window individually. Changes made in one window will be reflected in the other window. 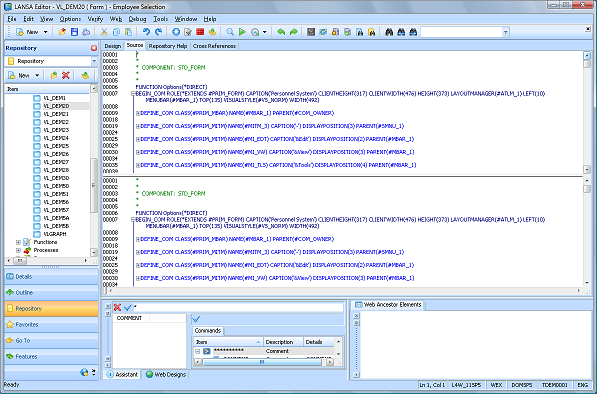 It is also possible to create a vertical splitscreen by splitscreen anchor across which exists on the left of the bottom scrollbar: 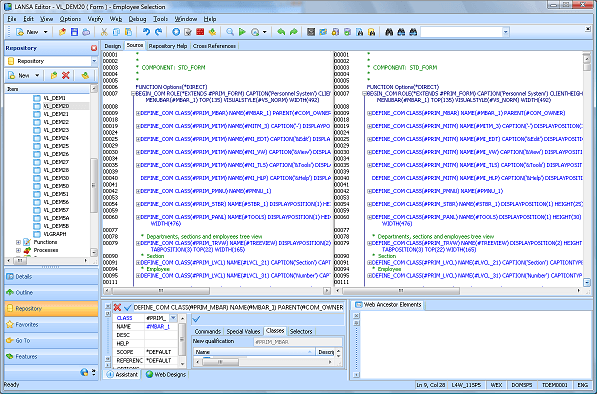 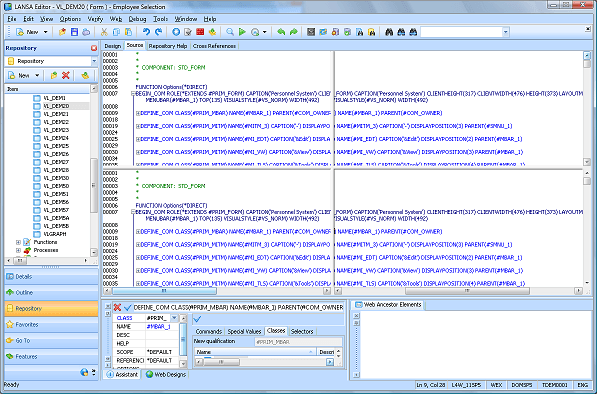