Downers Grove, IL — April 23, 2015 — LongRange, a tool that enables IBM i programmers to build native Apple iOS and Android mobile apps with their existing RPG/COBOL skills, is strengthening its mobile offering by adding support across the entire Windows 8.1 platform. Not only does this include Windows phones and tablets, but also desktop/laptop computers. Available this summer, LongRange’s ability to create brand new Windows Modern UI (formerly Metro-style) desktop applications is a first for the IBM i community.

“Using our unique set of solutions and development tools, LANSA is able to deploy new business applications faster than our competition,” said Steve Gapp, president LANSA Americas. “With the upcoming release of LongRange, customers can extend the mobile apps they developed for Apple and Android to the Windows platform – without having to write any additional code. Even more impressive, they can run their LongRange apps on Windows 8.1 PCs.”

These capabilities are attractive to BWI Companies Inc., a distributor of lawn and garden products, whom replaced a 15 year old stand-alone, laptop-based outside sales application with a native mobile app solution using LongRange.

“We needed our sales team to be able to take orders on site, provide customers with order confirmation details, look up open orders and be able to discuss outstanding balances with their customers, and that wasn’t happening with our old solution,” said Henry Munson, BWI manager information services. “So far, the native app we built for our sales team has been installed on 135 of our US reps’ Apple and Android devices. The acceptance rate has been through the roof, our sales team now has instant access to all the IBM i customer information they need while on site, and we’ve already achieved a 400% ROI in less than a year.”

“With the ability for LongRange to run natively on today’s Windows 8.1 devices, like the Microsoft Surface and Surface Pro,” says Gapp, “companies like BWI can now provide field workers with a single device option that delivers the convenience of a tablet and power of a laptop, there’s no more lugging around both while on the road.”

Building on the foundation of LongRange, IBM i programmers don’t need to acquire additional skills like HTML5, CSS3, PHP, JavaScript, .Net, Java, or Objective-C to build native mobile apps for Apple, Android and Windows devices. Having the ability to deploy the same application across all three major mobile platforms makes developers productive immediately. 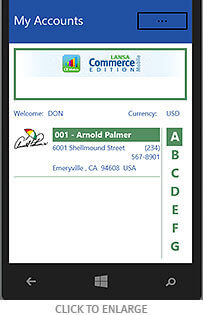 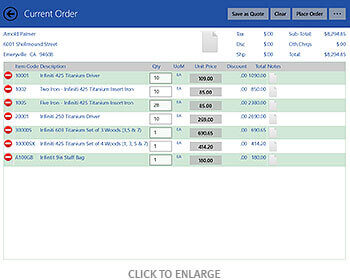 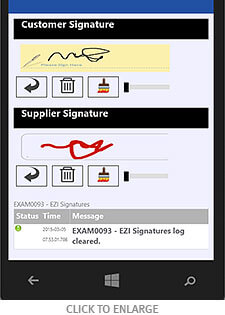 LongRange consists of server software, LongRange Studio and the LongRange app, downloadable free-of-charge from the appropriate App Store. Programmers use LongRange Studio with RPG, COBOL, LANSA, or CL to build and maintain business-focused mobile apps for the IBM i.

LongRange applications can call programs on IBM i servers, interact with data queues, access DB2 data, etc. From a programmer’s perspective, it’s just like coding any other IBM i program. LongRange developed applications are easy to maintain and programmers can change or add programs without disturbing the whole application.